You’ve paid me a visit, so it’s only fair that I tell you a bit about myself, so here’s the deal :

I’m a Technical Evangelist for Microsoft, working out of Philadelphia. My goal is to build communities around writing the best games and applications possible, and providing the tools and knowledge to do so.

I was previously a Senior Software Engineer on the Product Dev  team at Comcast in Philadelphia, where I was working on Xbox One, 360, Windows 8,  SmartGlass, and various web solutions.

As far as gaming goes, I’m one of  the Co-Coordinators of the Xbox Live Indie Games Uprising events. Our goal is to showcase the most outstanding titles available on the platform while promoting overall awareness, and as of September 2012, we’ve just completed our second.  I am  Managing Editor at  Armless Octopus, a blog where we cover indie games, with focus on Xbox Live Indie Games.

Moreover, I’m a C# developer with a focus on XNA, and have just finished my first XBLIG, Piz-Ong. I’m currently building a cross platform starter kit for MonoGame, an open source and framework for XNA. In this framework I plan to include a particle engine, audio manager, drawing helper, and animation tool. It will work on the Xbox, PC, Win8, and Windows Phone 8.

I’m also heavily involved in the Unreal Engine  community, and am well versed with the Unreal Development Kit, where I waspreviously crafting a number of unfinished projects. I’m an UnrealScript programmer and also a 3D artist, proficient with Maya and 3DS Max 2012. Check out all of my Unreal Engine projects here. Another  project has me remaking Mega Man 2 in the Unreal Engine, although this is currently on the backburner.

I’ve worked on two game jam projects with Unity 3D. The first of which was Betraille, a What Would Molydeux title created in April of 2012 over a 48 hour period with several other individuals. It’s available for free on Indie City right now.

During the 2013 Global Game Jam I worked with a team of several gifted developers to complete A Pulse In The Dark, another game created in 48 hours with the theme of “Heart beat” which we had to work from. A playable build for the web browser is available here.

I’ve just finished crafting my first Windows Phone 8 app, a children’s title called “Spell and Speak“ which utilizes the text-to-speech API. My next app will be very similar, but take advantage of the phone’s excellent speech-to-text API. 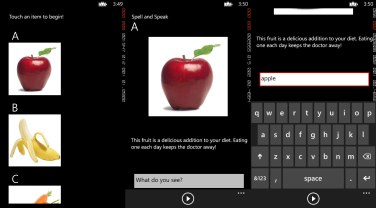 I’ve recently completed writing the  UnrealScript Game Programming Cookbook, which covers advanced programming techniques for the Unreal Engine. It’s available in both physical and digital forms, such as Amazon’s Kindle, and .pdf. 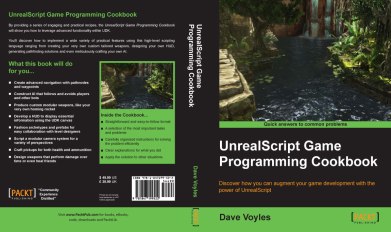 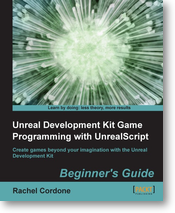 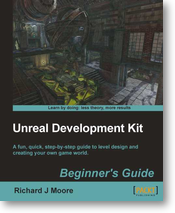 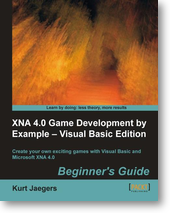 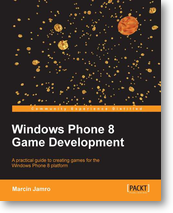 I’m a former personal trainer, and also a very active runner, in addition to playing on a number of lacrosse teams to stay in shape. An avid musician, I’ve been playing the guitar for 16 years . Having always had an affinity for flight, I am finishing my private pilot’s license too, flying Cessna 172’s and recently completed my first solo flight.

I was raised on Long Island and worked in Manhattan for most of my adult life, but I now reside in lovely Philadelphia.